1872 Undaunted: Susan Travels in California and Sits out a Blizzard on the Train 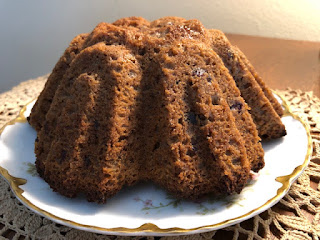 In the 1870s and 1880s, Susan B. Anthony generally spent January and February in Washington. DC. She served as president of the National Woman Suffrage Association, The organization usually held its annual convention in the middle of January. For the rest of the month and into February, beginning in 1877, she stayed at the Riggs Hotel in Washington as the guest of the owners Jane and Caleb Spofford. Susan lobbied members of Congress to support woman’s suffrage by enacting the 16th Amendment to the Constitution that  "shall prohibit the disfranchisement of citizens of the United States on the basis of sex.”

In the closing days of 1871 Susan B. Anthony was particularly reflective as she boarded a train in Ogden, UT that would take her across the country, home to Rochester and, boarding another train, on to the nation’s capital. She accounted for her recent efforts. “6 months of constant travel. Full 8000 miles—108 lectures—The year’s work—full 13,000 miles—179 meetings.” She put all the profit she made toward reducing the debt from her groundbreaking, money-losing activist newspaper—The Revolution.

Anthony was traveling with a suffrage advocate, newly appointed California Senator Aaron Sargent. It was a good thing the senator, his wife, and children had brought their own picnic meals aboard the Union Pacific train. They and Susan B. Anthony shared cooked turkey, tea, and spice cake, especially important when the train was stopped for days in a Rocky Mountain pass until a huge snowdrift could be cleared from the tracks and trains that had been stopped ahead of them could move.

As to the spice cake, while we don’t have Mrs. Sargent’s recipe, this version was sweeping across the nation like winds of social change. As women’s groups turned Civil War social actions to social causes closer to home, cookbooks published by “the Ladies of” various churches raised funds for good works. These paperbound books, generally less than 90 pages, printed the contributing woman’s name at the end of each recipe. Their home-kitchen-tested casseroles, roasts, vegetables, desserts, and cakes show how improved ingredients and cooking methods were sweeping the nation as well.

Variations of this easy-to-make recipe appeared in many of those cookbooks. This one is uses melted butter and the leavening power of both baking soda and cream of tartar to lighten a stiff batter into delicious, mildly flavored cake. As the decade of the 1870s advanced, the combination of these two ingredients became commercially available as baking powder.

Some of the church cookbook recipes for a spice cake included half a cup of dried currants or chopped raisins. One recipe from a Presbyterian Church in Connecticut suggested “soaking the currants” in brandy before adding them to the mix. Lifelong temperance advocate Susan B. Anthony would not have baked that version.

In a small mixing bowl combine the dry ingredients—flour, baking soda, cream of tartar, cinnamon, cloves, allspice, and nutmeg—and set aside. In a larger mixing bowl mix the butter and brown sugar together with a spoon. Mix in the egg and half of the milk. Stir in the dry ingredients followed by the remaining milk and mix until blended. Stir in the optional dried fruit. Batter will be stiff. Spoon into the paper liners, filling them about 2/3 full. Bake until the cupcakes are lightly browned and firm in the center—about 20 minutes. Cool thoroughly before serving.

Makes 8 cupcakes about 2 ½ inches across and 2 inches high. Or one medium loaf.

Adapted from “Spice Cake [No. 1], Mrs. A.B. Richmond,
The Practical Cookbook Compiled by the Ladies of the First Presbyterian Church, Meadville, PA,  1875