1850-1870 How Susan and Mrs. Stanton Raised Her Children and a Ruckus for Woman's Rights 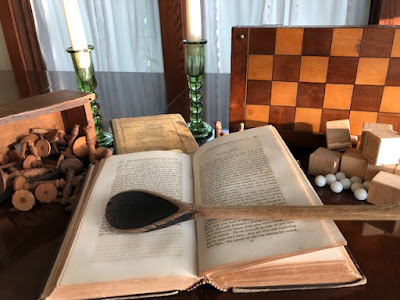 By now, I was almost accustomed to hearing the firm voice intrude into my kitchen thoughts, followed by the vision of the gray-haired woman dressed in black. Yet today Susan’s exclamation took me by surprise.

Good heavens. What do you mean?

Well, it is clear to me that you are standing in front of the cabinet wondering what to make for dessert. I was often in that very same situation in Mrs. Stanton’s kitchen as I decided what to make for her children.

Why would you have to do that?

We were, at once, friends in thought and sympathy. In the division of labor we exactly complemented each other. Mrs. Stanton (I always called her that) and I were united in our determination to promote woman’s rights, act against slavery, and work for temperance. We quickly discovered each other’s gifts toward those tasks. Mrs. Stanton has said that she is the better writer and I am the better critic. Others have said that she forged the lightning bolts and I threw them.

I would move into the Stanton household for a few days, weeks, even months. It was the best way for us to accomplish our common cause. I became part of the family.  Especially in those first years, when her children were younger, I would take over some of the daily child-rearing duties, including making their breakfasts and dinner desserts.

How did you divide the writing?

I would arrive at the Stanton home--first in Seneca Falls, later in New York City, or Tenafly, New Jersey--my little portmanteau stuffed with facts and statistics. I would be desperate to have Mrs. Stanton take up her pen to prepare an address for me to give to a temperance organization, the teacher’s association, or a woman’s rights program.  We would sit up far into the night arranging material and planning our work. The next day Mrs. Stanton sought the quietest spot in the house and began writing. I would give the children their breakfast, start the older ones to school, make the dessert for dinner, and trundle the babies up and down the walk, rushing in occasionally to help the writer out of a vortex.

In the midst of such exhilarating scenes we wrote addresses for temperance, anti-slavery, educational, and woman’s rights conventions. Here we forged resolutions, protests, appeals, petitions, agricultural reports, and constitutional arguments. Yet there was the family to be cared for.

How many children did she have?

When we met in 1851, I was 31 and Mrs. Stanton was 36 and there were three trouble-making boys, ages nine, seven, and six and the baby Theodore. By 1859 there were seven of them: five boys and two girls.

Did Mrs. Stanton look forward to your demanding arrivals?

I am certain that she did. I’ll read you the letter she wrote shortly after her second daughter and next-to-last child, Harriot, was born in June 1856. “Your servant is not dead but liveth. Imagine me, day in and day out watching, bathing, dressing, nursing and promenading the precious contents of a little crib in the corner of my room. I pace up and down these two chambers of mine like a caged lioness longing to bring nursing and housekeeping cares to a close. …come here and I will do what I can to help you with your address if you will hold the baby and make the puddings. … now that I have two daughters I feel fresh strength to work for women.”

The one thought I wish to express is how little my friend and I could accomplish alone. I used to take the little wagon and draw the children around the garden while Mrs. Stanton wrote speeches, resolutions, petitions, etc., and I never expect to know any joy in the world equal to that of going up and down from yard to study, getting editorials written. Then I would engage halls, advertise, and give these speeches.

What would you say was your most impressive work?

We advanced from our speeches and petitions to write the History of Woman’s Suffrage.  We thought it would be one volume, and as we celebrated the work and all of the women who carried the cause along with us, it became three large volumes, sharing the lives and thoughts of those who were part of the struggle.

As the children grew older we would spend our evenings next to the bright wood fire in the hearth, darn the boys’ socks, and mend their clothes while we plotted and planned. Often we read aloud the scourgings and criticisms of us in letters and papers and would laugh, confident that the positions of our opponents were clearly untenable.

So you always got along?

Not always. As we worked, each at her own desk across from each other in the Tenafly house study, at times our disputes ran so high that we would put down our pens. One of us would sail out of one door and the other out of the opposite. We would walk around the estate and soon rejoin, walking down the hill, arm in arm, to a seat where we often went to see the distant hills and lovely valleys, and to watch the sun go down in all his glory.

Can you describe your accomplishments?

In our day, we saw a few states allow women to vote in all elections. We built an organization that continued beyond our personal involvement to work for universal woman’s suffrage. We successfully promoted property acts allowed women to keep control of their own finances and custody of their children in case of divorce. We saw more women become college educated and enter into all manner of professions, from physicians to typesetters, and be accepted in those jobs.

I want you to understand that I could never have done the work I did if I had not had that woman at my right hand. We stirred up the work to recognize the rights of women. The older we grew, the more keenly we felt the humiliation of disfranchisement, the more vividly we realized its disadvantages in every department of life, and most of all in the labor market. So although we have made progress, there is still much to be done.

Mrs. Stanton’s daughter Margaret said it better than I: “They have fought a hard battle and opened to the young women of coming generations paths of usefulness and happiness, and secured for them positions of honor and emolument such as they will never attain for themselves. Let us then who enter into this glorious inheritance sing our divinest songs of praise to those who through much tribulation shall have won for us an equal place everywhere on this green earth.”

We little dreamed when we began this contest, optimistic with the hope and buoyancy of youth, that half a century later we would be compelled to leave the battle for another generation of women to finish. These strong young women would take our place and complete our work. There grew to be an army of them, where we were just a handful. 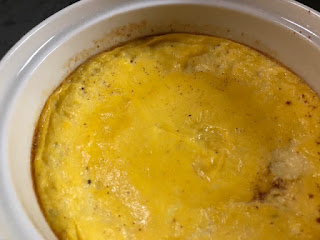 Alex Soyer, famous nineteenth-century cookbook author, described the role of children’s nutrition in his 1851 book The Modern Housewife: “change of food is to the stomach what change of air is to the general health, and, of course, with children these changes must be effected with judgment, and their food administered in small quantities; for you must observe when children are well brought up with regard to their meals, they possess extraordinary organs of digestion, the proof of which is that they require feeding oftener than a full-grown person, and never appear to be tired of eating.”

In a small saucepan combine the rice, milk, lemon peel, cinnamon, and bay leaf. Bring to a boil and then simmer over very low heat until the rice is tender, about 20 to 30 minutes. Stir frequently so that the rice does not stick to the bottom of the pot. Preheat oven to 325 degrees F. Lightly grease a 1-quart casserole dish.  Remove the lemon peel, cinnamon stick, and bay leaf from the milky rice mixture. Temper the egg by briskly stirring into it some of the hot milk from the rice pot. Then return this warm egg milk mixture to the pot. Add the butter, nutmeg, and sugar. Pour this mixture into the casserole and bake until firm, about 30 minutes.  Serve at room temperature or chilled. Keep leftovers refrigerated for up to two days.

Source note:  The description of the Anthony’s and Stanton's working style and final paragraph were written by Elizabeth Cady Stanton’s daughter  Margaret Stanton Lawrence for a special edition of The New Era magazine devoted to her mother. The article “As a Mother” was written October 1, 1885  and published in the magazine on November 18, 1885.